Visit http://t.co/v4eZrIqt to be part of our cast album! Contribute as little as $1. A $20 contribution gets you a free album!

Behind the Scenes at the SEE ROCK CITY recording session

The Transport Group has posted an album of behind-the-scenes photos of the recording session for See Rock City and Other Destinations. The original cast recorded the show for Yellow Sound Label on August 19. 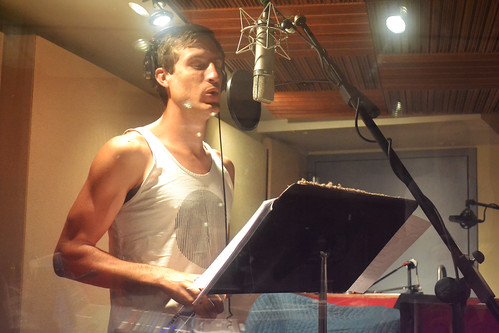 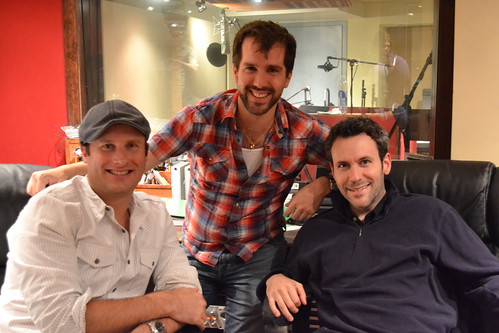 The cast of the UK's National Youth Music Theatre production of Jason Robert Brown's 13, which recently played the West End for 6 performances, recorded the show on August 27 at London's Sphere Studios.

The composer, who directed this production and then performed a one-night benefit for the NYMT with the cast, will mix & produce the album in LA for eventual release by Ghostlight Records.

It's time to make the Original London Cast recording of @13WestEnd!

That's a wrap! Cast has been sent home, the "13" recording session is over. What a fantastic month this has been! Thank you @NYMTuk!

Congrats to the creative teams of See Rock City and Now.Here.This! Both shows created Kickstarter campaigns to fund the recording of original cast albums and both have succeeded! Might this be the wave of the future for future off-Broadway cast recordings?

The cast of NOW.HERE.THIS. have launched a Kickstarter campaign to help fund the recording of a cast album (on September 17) for a release in December by Ghostlight Records.

By Categories By Authors By Month